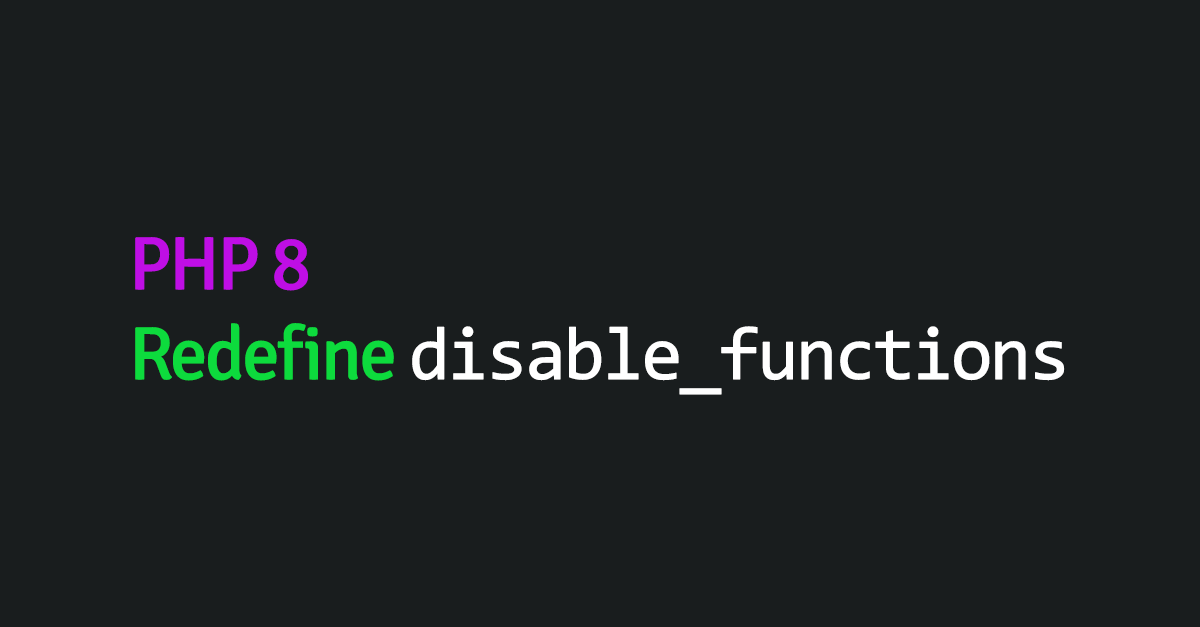 In PHP, it is possible to disable certain functions and classes with php.ini directives.

These directives were used commonly to disable potentially unsafe functions from being used even if a malicious actor gets code-execution access in a server.

Here is an example of redefining sleep() function with a user-land implementation.

Once we disable the functions, they will not be available to anywhere in the code under test. If you override certain features that your testing framework itself uses (such as microtime(), which is often used to calculate the execution time of tests), you will need to be careful to not break that functionality.

In a test.php file, we redefine the sleep() function to immediately return, without actually holding the execution.

Notice how we used a fully-qualified function name and it even works there.

When you run the code, PHP will first disable the internal sleep function, and due to PHP 8 changes, our custom test.php file is able to define a new sleep function.

It appears that disable_functions + redefine is the only way to effectively override a PHP internal function with user-land code.

You can redefine functions such as system and create a log entry to detect whenever this function is used.

Note that language constructs, such as echo, include cannot be redefined. This unfortunately includes eval as well.

While it's not the most convenient approach, you can overwrite legacy functionality such as the whole mcrypt_* suite, or even mysql_* functions with modern libraries such as Sodium and PDO.

A user-land implementation that wraps an alternative library/extension with legacy function names can be technically done. Note that neither mcrypt, nor mysql extensions are in MySQL 8, so you are not actually redefining anything in this particular example.

It is not possible to use fully-qualified function names with PHPUnit Bridge.

Another approach albeit being a bit more complicated, would be override the class autoloader mechanism, and load (automatically) modified code converts fully-qualified function names to namespaced function names, and define those functions in the same namespace.

APD extension has features to override an internal function.

This post was updated updated on 2020 July 08. A prior version pointed that it was not possible to override certain functions that are inlined in PHP. This has then been fixed.