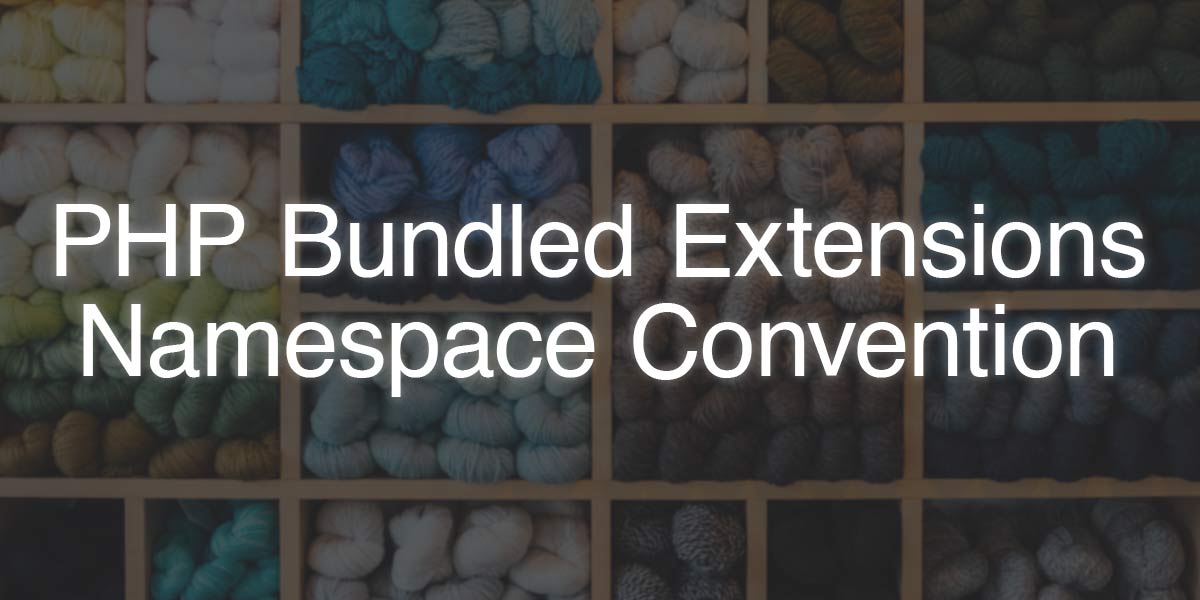 A recent RFC to add namespaces to PHP bundled extensions passed, and it will be applied to upcoming PHP versions, starting from PHP 8.1.

With this new change, PHP classes, interfaces, traits, functions and enums, otherwise called as symbols, will be prefixed with the name of the extension. This helps reduce the possible conflicts with other extensions and third-party PHP code.

Third-party extensions such as Xdebug, PCOV, and other PECL extensions are not affected by this convention either, and it will be up to the extension maintainers to decide on the namespaces.

The new practice only affects bundled extensions such as IMAP, FTP, OpenSSL, etc. There are no particular changes proposed at this time for core extensions and third-party extensions (PECL, commercial, or other extensions).

This is not the first RFC that proposed to adopt a namespacing policy.

An RFC named Namespaces in Core created in 2017 proposed to add namespaces for the PHP core, and more discussions to decide a naming pattern. This proposal was not well-received, and was withdrawn.

Last year, an RFC named PHP Namespace in core also proposed to add a namespace for PHP core, to avoid possible conflicts with user-land PHP code as PHP evolves. This RFC advanced to a vote, but it did not pass.

The RFC that brought this convention did not try to introduce any changes to the PHP core, but only to the bundled extensions at the time. It does not rule-out the possibility of adding namespaces to the PHP core symbols, but this is a good start and a small and rather less invasive change, that was accepted by the community.

The new adopted convention proposes to not use a vendor name in the namespace.

The new convention suggests to use the extension name itself as the namespace, and to not use any vendor namespace. Following this convention, \IMAPConnection class will be moved as \IMAP\Connection, and not \PHP\IMAP\Connection.

For example, LDAP class from the LDAP extension shall be moved to \LDAP\LDAP.

There are no immediate plans to retrospectively add namespaces to existing symbols in released PHP versions.

Proposed changes to the upcoming PHP 8.1 will contain some of these changes. The first change as per this new convention already took place for the IMAP extension. As part of PHP's resource to object migration, PHP 8.1 was to bring a new \IMAPConnection class. Following the acceptance of the RFC to bring namespaces to bundled extensions, this class was renamed to \IMAP\Connection.

Some of the potential improvements:

There are no immediate proposals to move PHP core symbols to their own logical namespaces, although ideally PHP does eventually, at the cost of backwards-compatibility or somewhat unmanageable aliased functions. 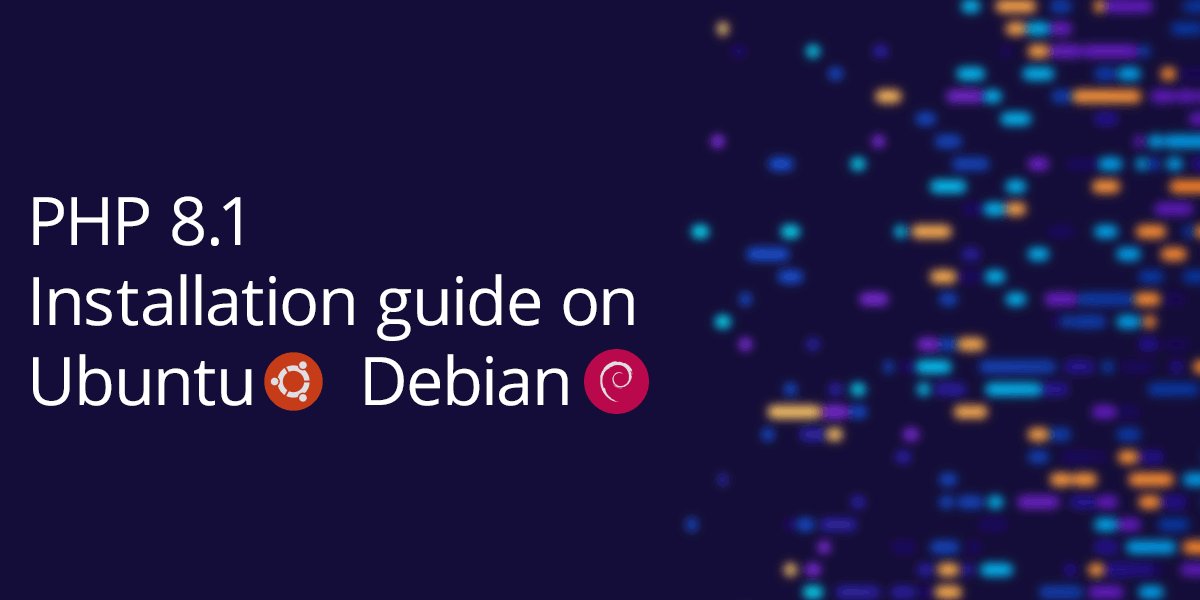 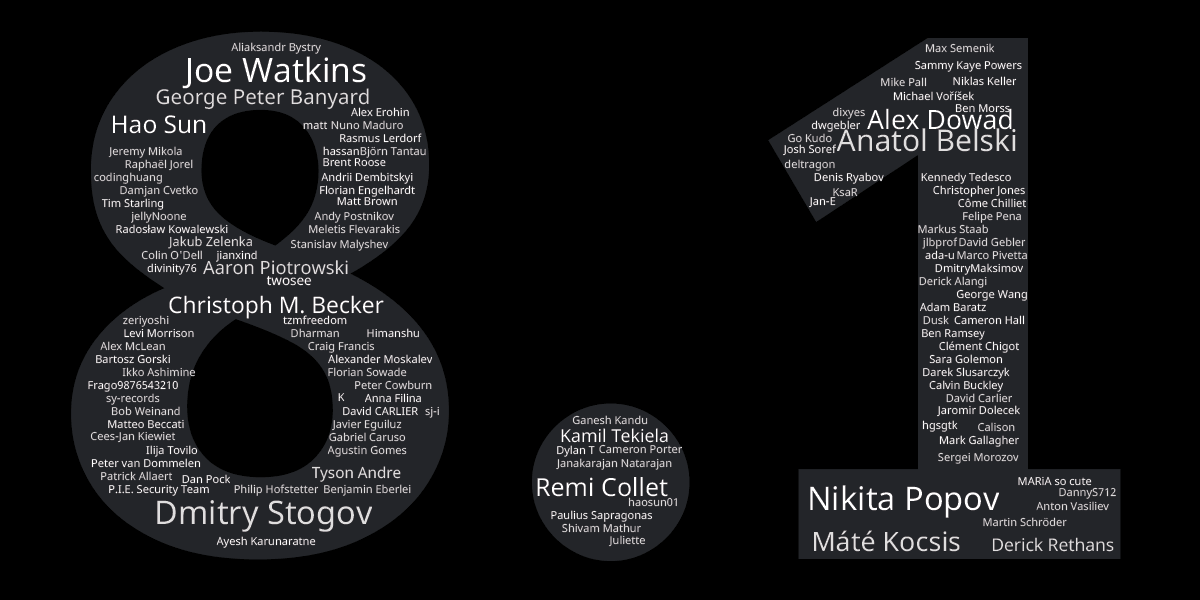 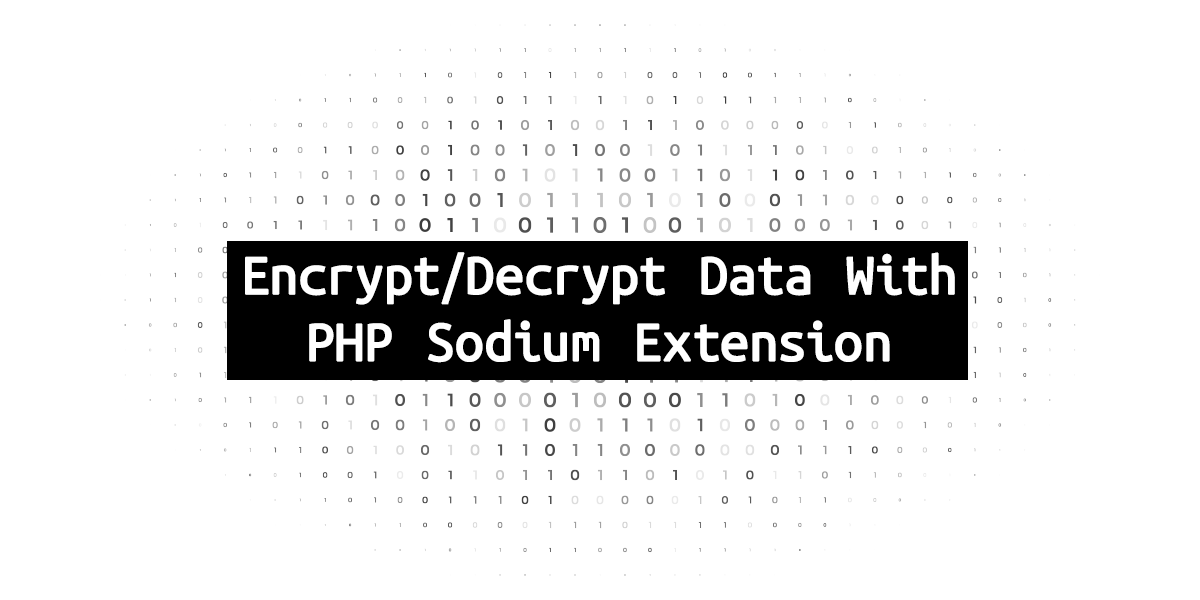